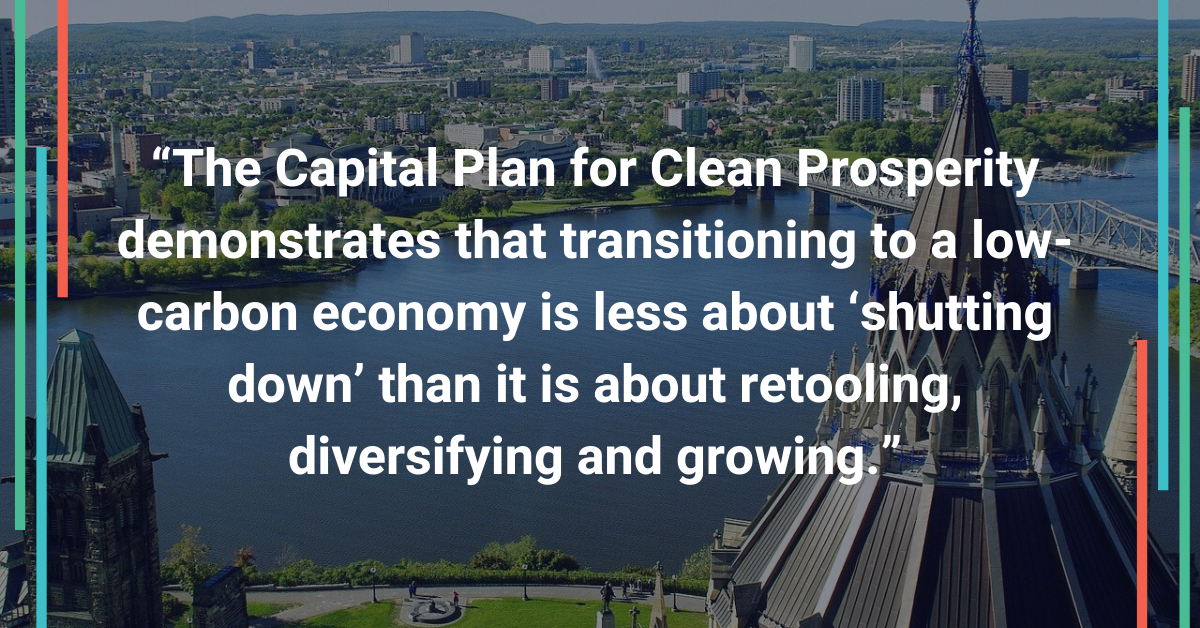 With the world facing a climate emergency, a business-backed “clean capitalism” group is urging Canada to go on a war footing with a massive investment plan that would drive economy-wide innovation and energy efficiency and dramatically reduce greenhouse gas emissions.

The plan, put forward by the Council for Clean Capitalism, calls for the federal government to invest $50 billion per year over six years in key sectors: buildings, transportation, electricity, heavy industry, and oil and gas.

It came in the waning days of a federal election campaign in which the climate crisis has been a central issue, and in which all leading parties have pledged to take action to reduce emissions, though with vast difference in terms of policy ambition.

The Capital Plan for Clean Prosperity represents the kind of government efforts that are typically employed only in time of a major war or economic crisis, and its proponents argue that such an economy-wide intervention is precisely what is required to prepare Canada for the rapid transition to a low-carbon economy that will be essential to avert the worst impacts of climate change.

Under the council’s proposal, grants would be made available to oil and gas and heavy industry companies that could guarantee that the investments would result in a 50% reduction in either greenhouse gas emissions or energy use in the targeted operations. Similarly, developers and contractors would receive grants for zero-carbon-ready buildings, whether through new construction or retrofits, while fleet operators, including transit authorities, would receive grants to cover the incremental costs of upgrading new vehicle purchases to be zero-emissions vehicles (ZEV). Funds would also be made available to cover the full cost of interprovincial high-voltage, direct-current (HVDC) power lines.

The council argues that the increased debt incurred by Ottawa through the adoption of an investment plan would be offset by massive job creation and higher tax revenues that would result from the increased business activity.

All told, the investment effort would reduce greenhouse gas emissions (GHGs) by 139 megatonnes annually by 2025, taking Canada 70% of the way to its Paris treaty commitment, according to modelling done by Corporate Knights, an affiliate of the Council for Clean Capitalism. Under the Paris Agreement, Canada committed to reduce emissions to 30% below 2005 levels by 2030 and is now being urged by the Intergovernmental Panel on Climate Change to be even more ambitious.

Continued – Follow the link to Corporate Knights to read the full article.