The provincial government has scrapped a series of carbon tax-funded Alberta programs that helped businesses and homeowners retrofit their properties and reduce greenhouse gas emissions. 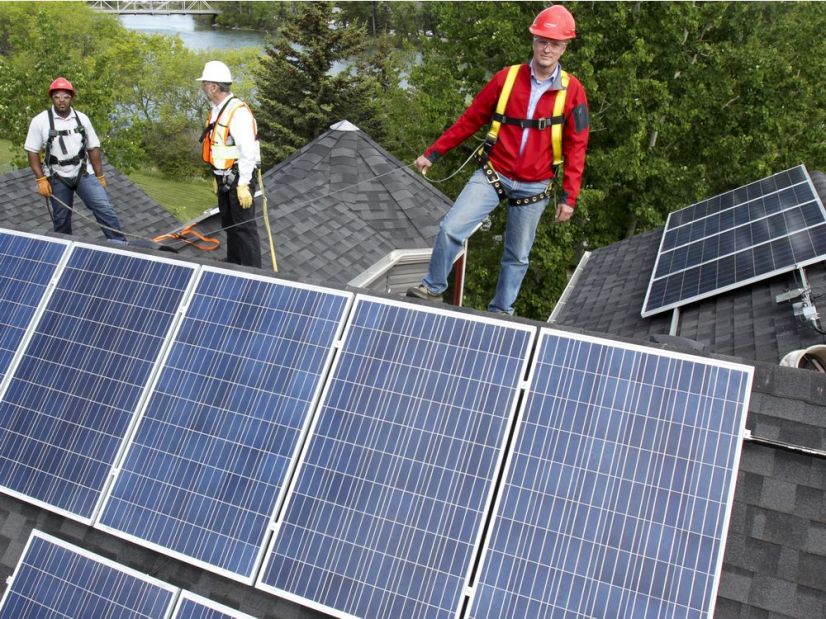 Last Friday, Energy Efficiency Alberta, the provincial agency established in 2017 by Rachel Notley’s NDP government, announced on its website that its rebate and incentive programs are closed and are no longer accepting new applications.

Among the Alberta programs that have been eliminated are the residential and commercial solar program which provided incentives to businesses and homeowners to install solar panels on their rooftops, and the home improvement program, which offered rebates for new windows, insulation, tankless water heaters and more. Also gone is the online rebate program through which Albertans could submit receipts for new appliances, smart thermostats and other purchases that improve energy efficiency.

The future of Energy Efficiency Alberta and its programs has been in doubt since the election of Premier Jason Kenney’s government last spring. During the campaign, Kenney not only pledged to eliminate the provincial carbon tax but said Albertans “don’t need bureaucrats changing our showerheads and our lightbulbs.”

In an email, Jess Sinclair, spokeswoman for Environment Minister Jason Nixon, said the cancellation of the carbon tax that funded the Energy Efficiency Alberta programs was one of the cornerstones of the UCP’s election platform, and so the elimination of the rebates and incentives should not come as a surprise.

“Albertans made it clear over the course of the election that they have no interest in taxpayer-subsidized home renovations schemes,” Sinclair said, adding no staff cuts at Energy Efficiency Alberta are currently planned as the program finishes honouring its contractual obligations for projects already approved.

Obi Sadden, owner of Energy Plus Insulation in Medicine Hat, said while he is by no means “a tree hugger,” he believes the programs were serving a dual purpose of helping the environment and creating employment.

“Coming when it did, during a severe downturn in the economy, that program was a blessing for those of us working in energy efficiency,” Sadden said. “Without it, there’s going to be a lot of closed doors. People are going to go broke.”

According to the agency’s website, Energy Efficiency Alberta has invested $692 million in energy savings and emissions reduction since its inception and generated $850 million in economic activity. Every postal code area in the province has taken advantage of the agency’s programming in one way or another.

Corey Diamond, executive director of Efficiency Canada, a Carleton University think tank that aims to make the country a global leader in energy efficiency, said when the NDP created Energy Efficiency Alberta in 2017, Alberta was the only jurisdiction in North America without some kind of program aimed at incentivizing residents to find energy savings.

“Energy efficiency is typically non-partisan,” Diamond said. “This stuff usually happens whether you have a Conservative or a Liberal or an NDP government. In the U.S., Republican and Democratic states all see the value in it. This shouldn’t be one of these contentious issues.”

Marlin Schmidt, the environment critic for Alberta’s NDP Opposition, said Albertans saw a return of $3 for every $1 the government invested into Energy Efficiency Alberta programs.

“Cancelling Energy Efficiency Alberta means throwing away millions of dollars of private investment and thousands of jobs down the drain,” Schmidt said in an email. “Cutting these programs costs more than it saves, and Albertans will be worse off.”

Not all Energy Efficiency Alberta programs have been cancelled. The agency will continue to support energy efficiency through a number of other, less high-profile programs such as the Green Loan Guarantee program, which supports financial institutions offering financing for clean technology and renewable energy, and the Efficiency Professionals Network, which offers networking, events and resources for individuals working in the sector.