Reducing heating and cooling loads is a key step in the design and construction of net-zero energy ready buildings. This requires that the building envelope be as airtight as possible, while taking in fresh air and expelling stale air through controlled ventilation.

The only way to quantitatively ensure a building has been constructed to be airtight is to measure it using an airtightness test.

What is an airtightness test?

This testing is — of course — known as an airtightness test. It measures how much air is leaking into or out of a building and where. It is often referred to as a “blower door test” because it uses a large fan or “blower” to extract air from, or supply air into, the building.

An airtightness test is usually conducted after the air barrier system is completed, but before finishing materials are installed. Testing during the early construction phase allows builders to test the performance of the system and identify and resolve any potential problems. Repairs can be made simply and cost-effectively.

What is the benefit for people in the building?

Airtightness testing helps to make sure the air barrier system is preventing moisture-laden indoor air from leaking into cold wall cavities resulting in condensation (see Figure 1) that can create a breeding ground for moulds and mildews. If left unchecked, this can cause long-term damage to structural and insulation materials thereby compromising the building’s long-term durability. 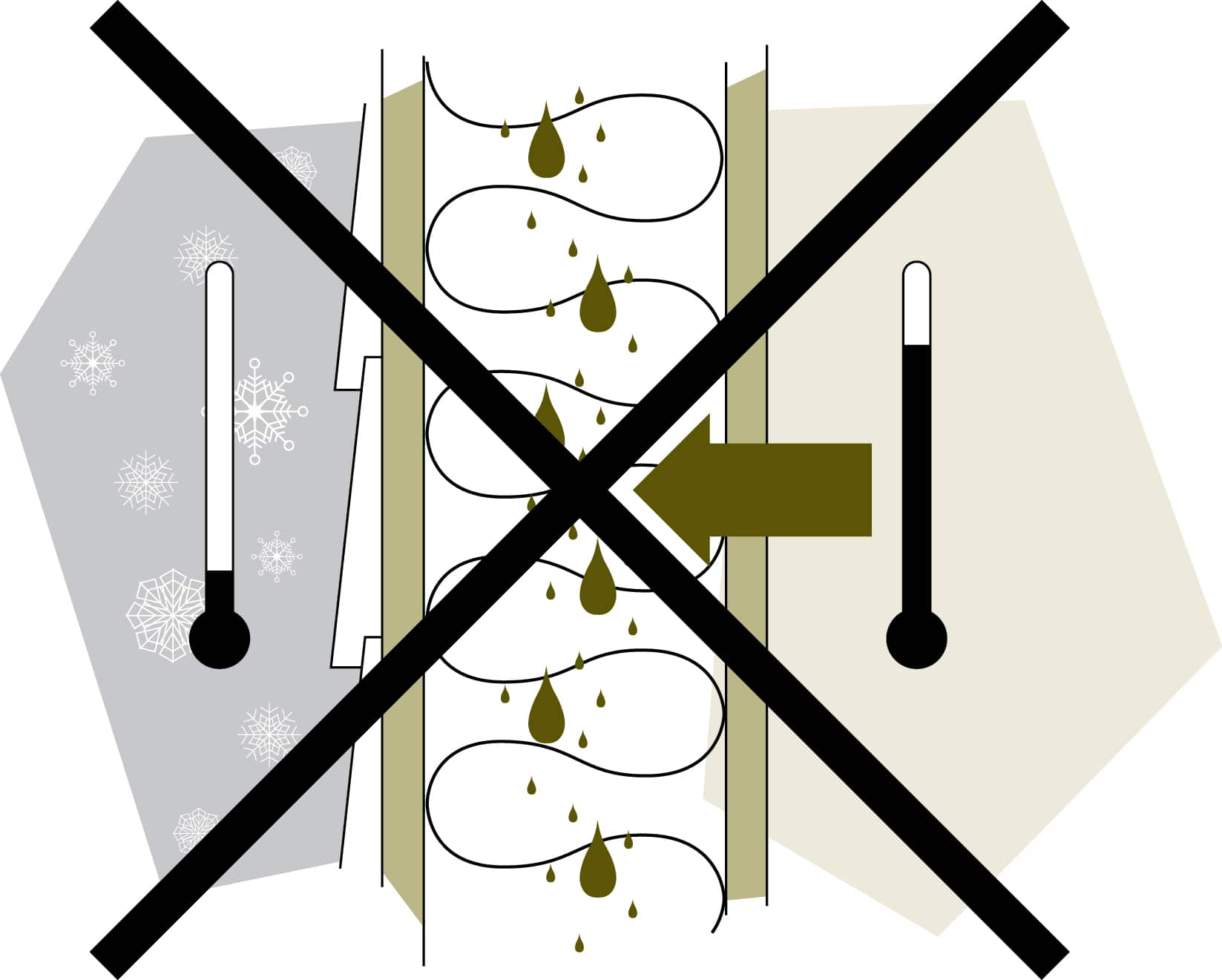 Figure 1.Water vapour escapes into cold wall cavities where it can condense into liquid water or frost. NRCan, Keeping the heat in.

Stopping air leakage also helps to keep building occupants from being exposed to airborne contaminants that can make their way into the indoor environment. This can include moulds, off-gassing from building materials, or polluted outdoor air from an attached parking garage for example. With a balanced ventilation strategy the result is improved indoor air quality, as well a more comfortable environment for the building’s occupants as they experience fewer drafts and fewer temperature fluctuations.

Specifying an airtightness target, and using an airtightness test to verify it, is an important step in designing and constructing high-performance buildings. Mechanical system designers are better able to right-size heating and cooling equipment and make sure equipment operates safely and without needlessly wasting energy.

Airtightness targets set during the design process for new buildings, or before substantial work in existing buildings, also determine the building’s future energy use and emissions profile for decades after the building’s construction. Without such testing, a building constructed with a leaky envelope risks being locked into costly energy consumption patterns and greenhouse gas emissions for decades to come.

So, if airtightness is so important, why would it be voluntary in the model codes?

Airtightness testing is an important step towards creating safe and healthy high-performance buildings such as those in the anticipated upper tiers of Canada’s net-zero energy ready standard model codes. This was why airtightness testing was specified as a mandatory measure in most compliance paths when the 2020 model codes were sent for public review ending in March of 2020.

Recognizing that some provinces and territories needed time to prepare for the increased airtightness targets in upper tiers of the model code, an exception was made that would see airtightness testing required in the lowest tier of the National Building Code. In this lowest tier, results were not required to be reported.

However, this past May the Canadian Commission on Building and Fire Codes’ (CCBFC) executive committee, at the behest of some provinces and territories, directed its technical committee of industry experts to make this essential, simple and inexpensive method of quality control a voluntary measure. This directive came after the proposed changes had been released for public comments and where the public widely supported the proposed change that included mandatory airtightness testing.

Airtightness testing is a pillar of government programs such as NRCan’s EnerGuide Rating System (ERS) and R-2000, as well as voluntary programs like Passive House. Moreover, leading codes and certifications including the B.C. Energy Step Code, the Toronto Green Standard, and the EnergyStar standard all include mandatory airtightness testing.

Each of these programs and jurisdictions have resolved concerns related to the standards used for airtightness testing, and the capability of industry and building officials to conduct widespread testing. Now, as Canada begins the path to a net-zero emissions future as envisioned in the Canada Net-Zero Emissions Accountability Act, it’s time the national model codes community does the same.

As noted in our recent report, Strengthening Canada’s Building Codes Process to Achieve Net-Zero Emissions, the model codes development process needs to address issues such as airtightness testing as practices to be promoted as market norms. If we are moving to a net-zero energy ready standard, we cannot allow actors who wish to maintain the status quo to undermine the integrity of the intended net-zero energy ready objective.

To pick one example, an oft-cited objection to mandatory airtightness testing offered by some provinces is that they don’t have enough people to do airtightness testing across their jurisdiction. There is a simple solution to that – we need to train and hire more people! However, this argument becomes circular because attracting people to new careers as energy advisors and building officials will only become more challenging under a voluntary testing regime.

In the current scenario, perceived challenges to airtightness testing do not go away. Instead, they can be expected to rear their ugly head once again in future iterations of the model codes, including Canada’s highly anticipated code for renovations, known as the Alterations for Existing Buildings. This matters because air leakage control is recognized as the single most important retrofit activity, and the first step in any retrofit strategy.

Pushing this issue aside to be resolved in the 2025 model codes means that, at best, we have set aside a challenging issue for another day. At worst, it challenges the integrity of the 2016 Pan-Canadian Framework on Clean Growth and Climate Change’s (PCF), a framework that the federal government’s latest climate plan, A Healthy Environment and a Healthy Economy, reinforces.

Given the ongoing delays to the 2020 model codes it is reasonable to expect that the earliest any province or territory will adopt them is 2022. This means that there is still time for the CCBFC to act. The CCBFC can use this time to direct the relevant technical committee to resolve any perceived outstanding issues around airtightness testing.

One option is to then reconsider their directive to make airtightness testing voluntary – this course would more closely align the proposed model codes with the version the public has already commented on, and roundly supported.

Airtightness testing is a way to make buildings work better and a robust quantitative measure to verify the level of building energy performance that should be expected in a world striving for net-zero emissions.

Mandatory airtightness testing within the 2020 model codes is an opportunity for the provinces and territories, as well as the CCBFC, to deliver on their mandate to develop a net-zero energy ready building code that confronts our climate emergency.

[1] An air barrier can be made up of several different materials. When placed on the exterior this can be sheathing, building paper or house wrap. On the interior these materials may include an airtight drywall system or more commonly a polyethylene sheet. The air barrier can also act as a weather barrier or vapour barrier depending on how it is applied. For more information see NRCan’s guide to the basic principles of building science, Keeping the heat in.