The federal government is working on creating a Clean Electricity Regulation that will result in net zero electricity across Canada by 2035. Many in the industry are looking at how they would accomplish this goal including the Alberta Electric System Operator (AESO) who recently modelled the cost of achieving deep emission reductions in a province with some of the highest electricity emissions in the country.

The top-level findings from the work found that it would cost over $44 billion over the next 20 years to move from a grid where emissions are dominated by natural gas power plants to one that achieves a 75% reduction from business-as-usual emission levels. One of the big missing pieces of the work, however, is that the cost estimate doesn’t include any additional efforts to improve energy efficiency alongside the development of clean electricity sources.

Based on the results of the AESO modelling, if Alberta were to ramp up energy efficiency and other demand side management (DSM) efforts, in addition to building clean electricity supply, the total savings would be between $10 and $16 billion.* This level of savings only accounts for savings levels already being delivered in other jurisdictions; it doesn’t include the opportunity to ramp up energy efficiency efforts even greater in the coming decades. It also doesn’t include the potential savings from distribution systems across the province, which weren’t included in the AESO modelling. 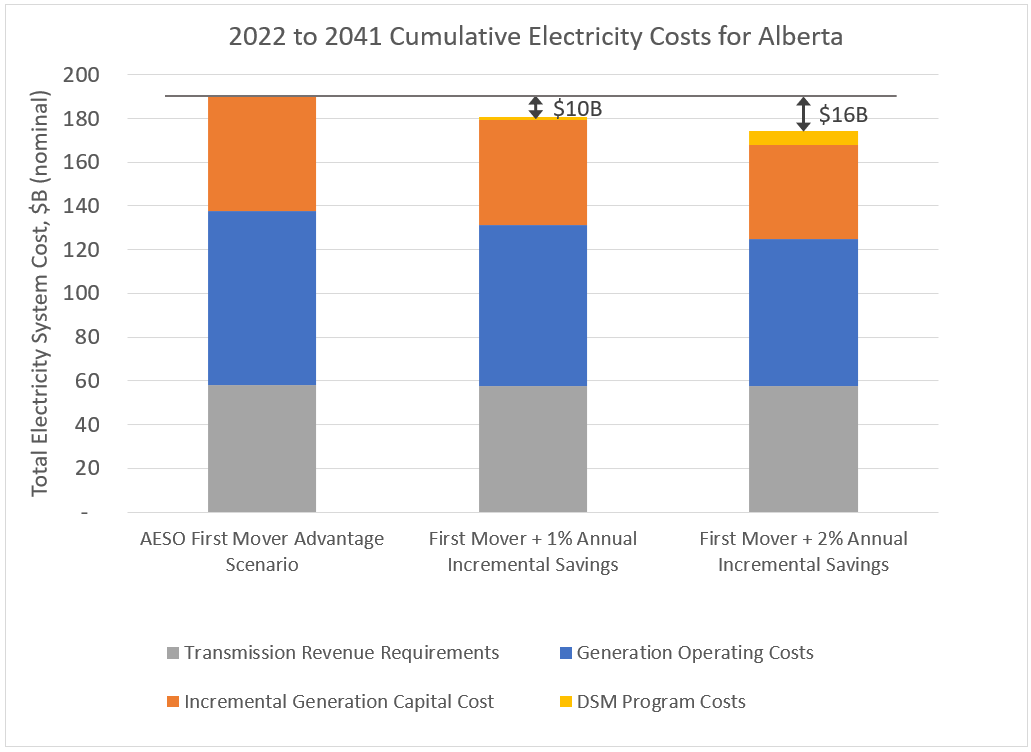 While most other provinces will not require as much per capita investment as Alberta, because of their existing hydro resources, all provinces will require some level of investment into new clean generation to respond to the expected growth in electric vehicles and heat pumps. 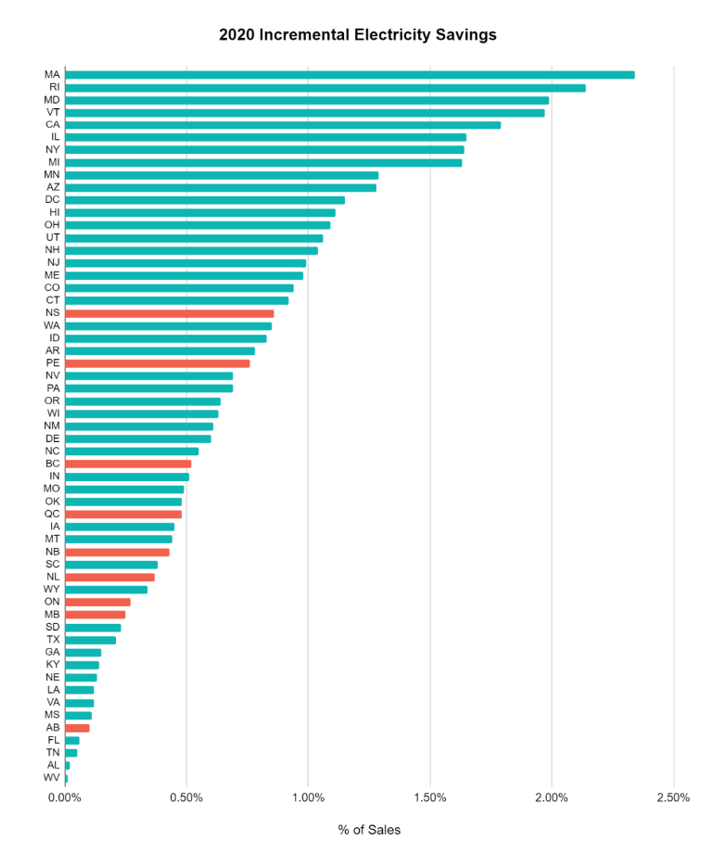 While Canadian provinces have a way to go to catch up to the leaders in energy efficiency, this provides an opportunity to deliver even greater savings across the country, and to lower the cost of delivering net zero electricity.

*Assumes DSM investments begin in 2024 and measures have an average life of 12 years.