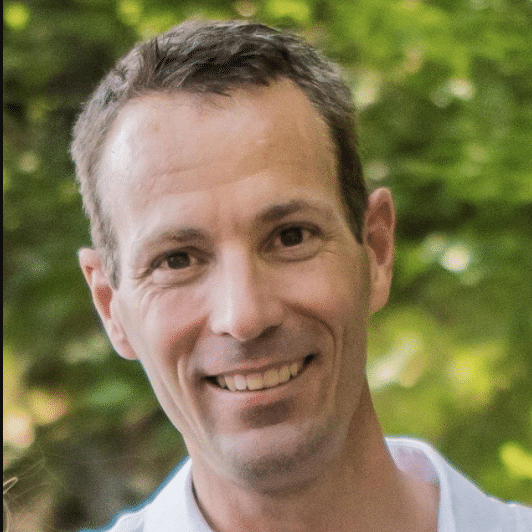 In late March the National Research Council quietly released the latest version of Canada’s national model building codes. Originally slated for 2020, the model codes provide a tiered code template for provinces and territories to adopt into law as their provincial/territorial building code.

While building codes typically define a minimum standard, this version uses a series of performance tiers that establish a clear and predictable path towards making all new buildings net-zero energy-ready (NZEr) – a building so energy efficient it can easily supply its own energy needs with on-site renewable generation or off-site clean energy.

Alongside adoption of the 2020 model codes, provinces and territories have agreed to harmonize their building codes with the national model codes. Harmonization is expected to reduce variations between different jurisdictions and make it easier, and less costly, for industry, manufacturers, and suppliers to meet the needs of the construction industry across Canada.

Below, we dig into the intent of the 2020 model codes, how Ontario is adopting and harmonizing their approach, and what it can teach us about how model code adoption may be applied in other provinces. The conclusion is that the federal government needs to take action to accelerate commitments to net-zero buildings. To reach these commitments, citizens concerned about climate change also need to raise their voices.

A new path for building codes in Canada

Much like the BC Energy Step Code introduced in 2017, Canada’s 2020 national model codes are tiered. Both leverage a series of progressive, performance-based steps that start with a familiar base building code. At each step, the energy performance of new buildings is incrementally raised. In BC, reaching the NZEr top step will be required in 2032, although the province recently committed to a zero-carbon code in 2030. Other provinces/territories agreed in the 2016 Pan-Canadian Framework on Clean Growth and Climate Change to adopt a NZEr standard by 2030.

At the time this was a notable step forward. However, the 2020 national model codes that Ontario and other provinces/territories are expected to adopt consider energy alone, not emissions. This means that the 2020 national model codes now fall short of the International Energy Agency’s net-zero scenario which urges governments to “act before 2025 to ensure zero-carbon-ready compliant buildings codes are implemented”.[1] This shift from energy focused codes to emissions-based codes was recognized in the Liberal Party’s 2021 climate platform. It states the government’s goal to accelerate the adoption of NZEr standards to 2025. This assumption also appears to be built into the new national emissions reduction plan.

Tiered codes are much more than a simple building code

Conventional building codes, including the Ontario Building Code (OBC), set a single standard of requirements that typically follow established industry practice. Tiered codes, on the other hand, flip this regulatory dynamic. Tiered codes are meant to set the direction for industry by setting a long-term goal in order to facilitate innovative processes and practices to meet that goal.

Recognizing this new model, the Canadian Commission on Building and Fire Codes (CCBFC) highlighted the phased-in approach of increasingly stringent energy performance of tiered codes and the role they play in preparing industry for coming changes. In effect, tiered codes act as a roadmap for industry that, as noted in the CCBFC’s 2016 Position Paper on a Long-Term Strategy for Developing and Implementing More Ambitious Energy Codes, provide both the time and direction required to build capacity in the market. An added benefit of this framework is that it allows different authorities having jurisdiction (AHJs), typically municipalities, to adopt the more stringent tiers earlier than peers within their province or territory. This last point is a key attribute of tiered codes and why it is essential for provinces and territories to leverage the full tiered framework.

Beyond priming the market for future code cycles, the CCBFC also noted the beneficial role tiered codes play in advancing harmonization of construction codes between jurisdictions, a key priority for governments at all levels. The multi-tiered framework of the 2020 national model codes enables any province, territory, or municipality to adopt a tier that meets their unique needs and the capacity of their local market while moving up the tiered path towards a shared national end goal, the NZEr standard. Early adopters act as catalysts as the lessons learned from their adoption of the upper tiers in their local markets are shared with others. As a result, the entire industry moves forward and the adoption of higher performance requirements across the country is accelerated.

Tiered codes also act to coordinate the development and implementation of provincial and municipal energy efficiency and carbon reduction strategies, for example green development standards. Such standards consider the specific needs of a given jurisdiction, typically a municipality, acting as supplement to a single standard building code needed to ensure the municipality is on the path to meeting their climate commitments. The tiered code framework removes the burden of developing additional standards suited to the needs of local government. Instead, policies, programs, and standards can follow the well-defined tiers of the 2020 national model codes leading to greater coordination of supplemental standards and fewer jurisdictional barriers.

In this way, tiered codes deliver an increasingly stringent set of requirements that enable provincial, territorial, and municipal governments to demonstrate leadership in improving energy efficiency, while at the same time providing a harmonized standard.

Harmonization is a priority for all levels of government, but can’t come at expense of accelerated climate action

Building code adoption across Canada varies with some provinces/territories regularly adopting the latest model codes, others acting slower to adopt more recent versions, and some choosing to amend the national model codes or develop their own building codes based off the national model codes. This has had the effect of introducing inter-provincial barriers to construction, increasing the cost of construction, and increasing the complexity for building professionals, trades and manufacturers who practice across municipalities and provinces.

Through the Construction Codes Reconciliation Agreement, all provinces and territories have now committed to a harmonization agreement to implement the 2020 National Codes within 24 months of publication, and to implement subsequent codes within 18 months of publication. There are three main goals related to harmonization. These include reducing variations in technical requirements between jurisdictions, having consistent and timely adoption of codes, and reshaping the National Code Development System to better meet provincial and territorial needs.

The first test for harmonization and adoption is Ontario. Steps to harmonize the OBC with the model codes in preparation for adoption of the tiered codes are underway.

Ontario has a long tradition of increased efficiency in new construction through the OBC’s Supplemental Bulletins. This includes SB-10, which raised the performance of Ontario Part 3 buildings to among the highest in North America when introduced in 2011, and SB-12, the standard for energy efficiency in new part 9 homes and small buildings that increases building energy performance by 15% through energy conservation measures such as air tightness and continuous layers of exterior insulation.

Given that the OBC’s energy efficiency requirements have not been updated since 2017, adoption of the 2020 national model codes offers a renewed opportunity to place the province on a path to net-zero, and capture the numerous benefits tiered codes have to offer.

Nonetheless, this past January Ontario’s Ministry of Municipal Affairs and Housing announced plans to harmonize the OBC with the national model codes and adopt a single tier of the National Energy Code for Buildings, Tier 1, and of the National Building Code, Tier 3, to the exclusion of the other tiers.

As noted in previous articles, the tiers selected roughly maintain the existing energy efficiency requirements of the current OBC. But, with adoption of the national model codes expected to be completed in 2024, this means the province will have to implement a series of rapid and steep increases in building energy requirements to hit a net-zero compatible standard by 2030. Worse yet, these stated plans will make it impossible to move towards that standard by 2025 as assumed by the federal Emissions Reduction Plan. Industry and building owners will be forced to contend with unnecessary complexity and costs in the coming decade. More noteworthy, however, is that the province will not make the tiers available for municipalities to adopt on their own, effectively undermining the intent and value of the tiered codes as outlined above.

It bears repeating that the goal of tiered codes is to raise the floor of building energy performance while also establishing a clear and predictable path towards national NZEr construction standards. The proposed adoption of a single tier denies industry the stable regulatory path needed to plan for future code requirements via long-term investment.

Rather than provide certainty and signal the direction of the market by clearly outlining the requirements that will be expected years in advance, as well as put in place the knowledge infrastructure needed by both the trades and building professionals to effectively construct NZEr buildings, Ontario’s building sector will be left with ambiguity.

The single tier approach and exclusion of the full suite of tiers available in the 2020 model codes taken by Ontario is a lost opportunity. Instead of accelerating the uptake of energy efficient building processes and practices at market-scale, the province’s approach disregards the intended role that tiered codes play as a tool for transforming the buildings sector and to move markets forward more quickly to the next generation of advanced technologies. By failing to signal the direction of the building code requirements towards NZEr standards, the Ontario approach eliminates the much-needed certainty and stability that encourages developers, builders, and industry – particularly the people working in the sector – to invest in high-performance products. technologies, and skills.

Equally important is the need for senior governments to recognize the advanced demands of Canada’s larger municipalities, and the role tiered codes can play in meeting those demands in a harmonized manner. Tiered codes are a well-suited solution for municipalities that want to leverage building codes and standards to cut energy use and emissions from their buildings sector more quickly than can be achieved via the provincial backstop.

It’s time to get serious about net-zero building codes in Canada. The challenges inherent in the Ontario adoption and harmonization approach highlight the need for a Net-Zero Building Code Acceleration Fund. The federal government’s support will de-risk adoption of the upper tiers and, alongside local activism, help governments at all levels realize the climate benefits of NZEr standards today, and prepare for adoption of the net zero emissions code in 2025.